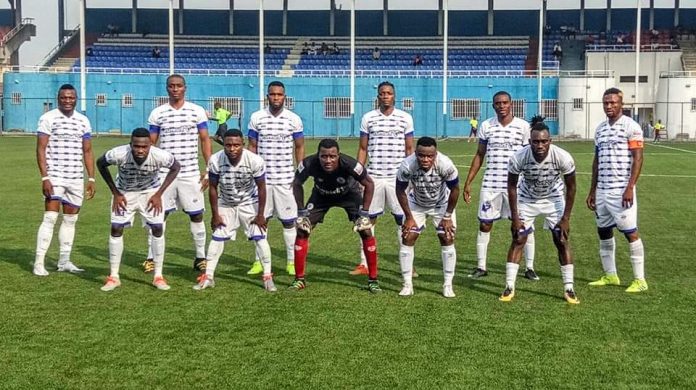 Rivers United have qualified for the CAF Champions League ahead of Enyimba despite losing their final game of the season in the Nigerian Professional League on Thursday.

The Garden City team lost 1-0 to Sunshine Stars in Akure and would have finished in a distant sixth position.

However, they were awarded three points and three goals by the Nigeria Football Federation (NFF) disciplinary committee on Thursday over a disputed match against Jigawa Golden Stars where the Dutse-based club fielded an illegible player.

This ‘lifeline’ from the NFF now sees Rivers United finish in the second position just behind the already crowned champions Akwa United.

“Based on the foregoing, Jigawa Golden Stars FC shall forfeit 3 points and 3 goals to Rivers United FC in respect of the match, for fielding an ineligible player in breach of C5 of the NPFL Rules,” the NFF Disciplinary Committee said in a statement issued on Thursday.

Rivers United just like Enyimba garnered 66 points from 38 games but they pipped the defending champions courtesy of a superior goals difference.

The People’s Elephant thus ended the campaign in the third position which guarantees them only a place in the CAF Confederation Cup and sees Kwara United miss out on a continental ticket.

An unfortunate Kwara United who thought they had secured a continental ticket with their comprehensive 3-0 win over Katsina United in Ilorin have now been taken to the fourth position.

On their part, the trio of Warri Wolves, FC Ifeanyi Ubah, and Adamawa United will be campaigning in the lower division next season.