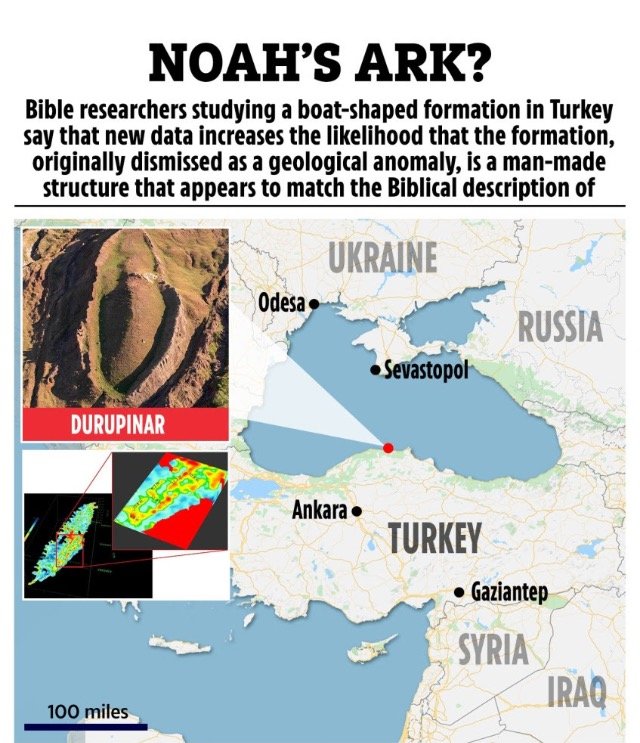 Biblical archaeologists used ground penetrating radar to study the boat-like formation on Mount Tendürek which has long been rumoured to be the location of the legendary vessel from the Book of Genesis. 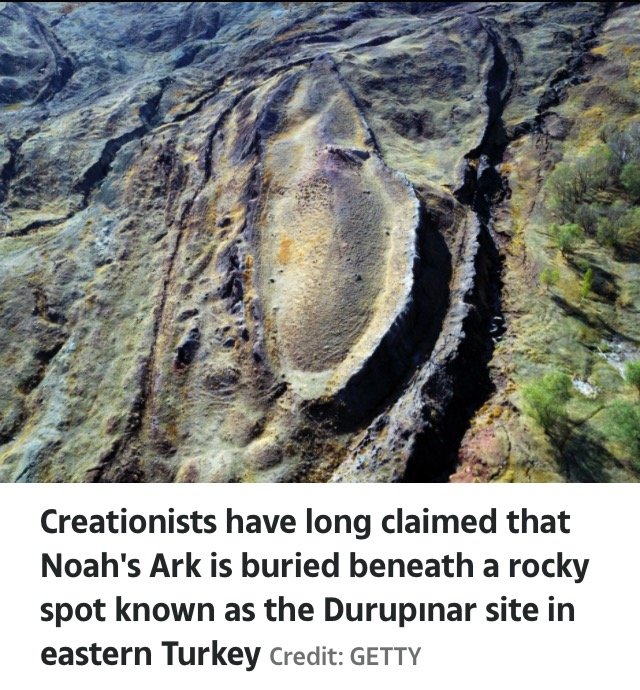 US and Turkish investigators have boasted the initial scans are promising and suggest a manmade object heading beneath the mountain – and they remain hopeful it may be the Ark.

Creationists have long claimed that Noah’s legendary ship is real and was buried beneath the rocky spot, known as the Durupınar, in the east of Turkey. 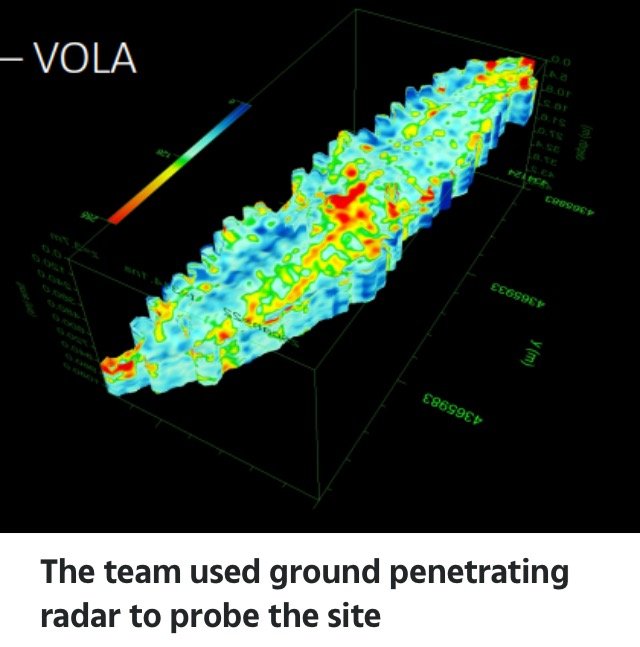 Geologists on the other hand claim the mountainous lump, which was discovered half a century ago, in eastern Turkey is simply an unusual rock formation.

But the team led by long-time ark hunter Andrew Jones believe they have images of what resembles Noah’s Ark. 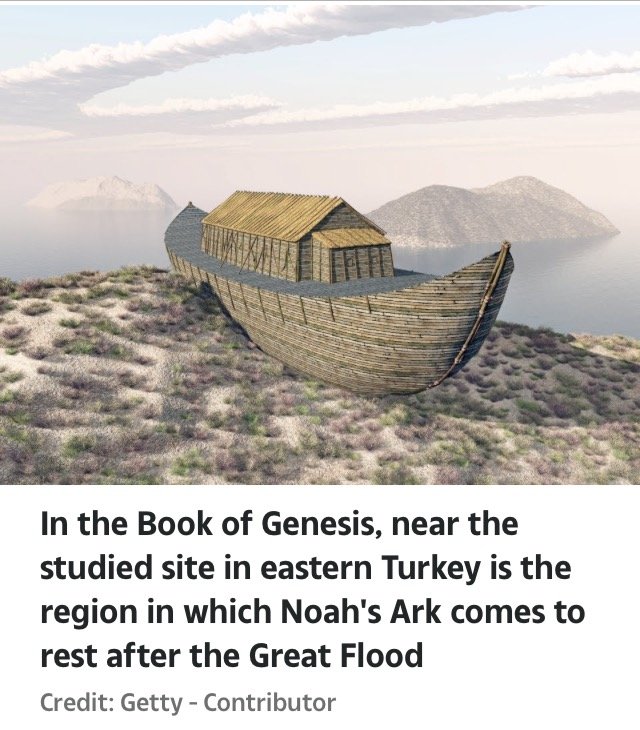 The ground-penetrating radar (GPR) surveys were conducted at the site by the Oregon-based Topa 3D – who were surprised at the results.

Mr Jones said: “This is not what you would expect to see if this site is just a solid block of rock or an accumulation of random debris from a mudflow.

“But these results are what you would expect to see if this is a man-made boat matching the Biblical requirements of Noah’s Ark.” 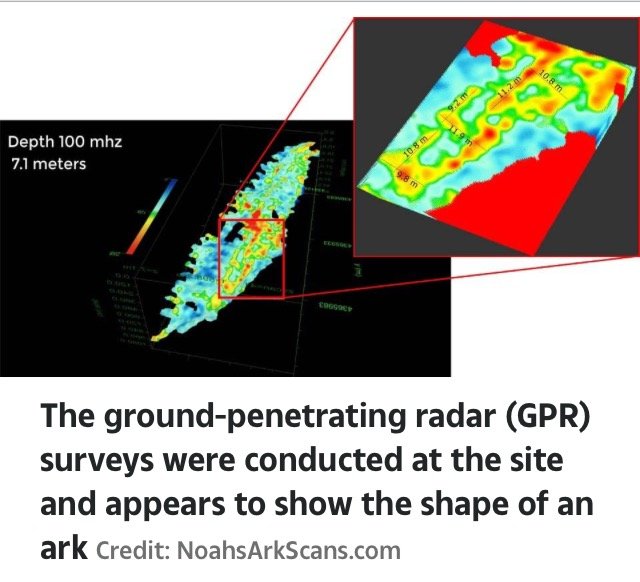 The project – Noah’s Ark Scans – claim they have discovered “parallel line and right angles below the surface” which are “something you would not expect to see in a natural, geologic formation”.

And the “boat formation” is claimed to also be the “exact length” of the ark given in the Bible – which is around 150 metres, or 300 cubits in Biblical terms.

In the Book of Genesis, the mountains of Ararat in what is now eastern Turkey is the region in which Noah’s Ark comes to rest after the Great Flood – which is close to Mount Tendürek.

The site was originally discovered in 1959 by Turkish army captain Ilhan Durupinar, who noticed the boat formation in aerial photographs of the area by the military.

His discovery resulted in a brief period of international interest in the site.

The Durupinar site was later visited in person by controversial researcher Ron Wyatt in the 1970s through the 1990s.

His findings in favour of the site being Noah’s Ark caused other researchers, archaeologists, and scientists to examine the formation.

The new team boast their findings should force a reconsideration of the long-rumoured site by skeptics.

And they are hoping to carry out more scans at the site, followed by drilling and then excavations.