Fueled by extreme heat and tinder dry forests and underbrush, a wildfire just west of Yosemite National Park spread overnight, quickly turning into one of the largest fires of the year and forcing thousands of residents to be evacuated from their homes, fire officials said. 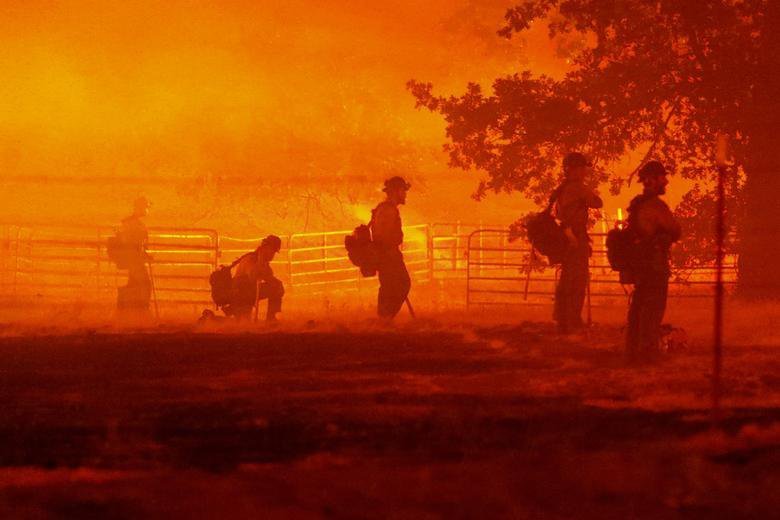 Authorities said the Oak Fire, which is zero percent contained, was threatening to destroy about 2,000 homes on Saturday and some 3,000 people were evacuated.

By early Sunday, media reports said 6,000 people had been told to leave.

The cause of the fire, which started on Friday and has burned approximately 14,281 acres, is under investigation by the California Department of Forestry and Fire Protection (CalFire).

“Today the weather is expected to remain hot with minimum humidity between 5 and 10%, which will hamper firefighting efforts,” a fire report posted early Sunday said. “High tree mortality and dense fuels are throughout the fire area.”

California Governor Gavin Newsom proclaimed a state of emergency for Mariposa County because of the Oak Fire.

The declaration allows the state to access federal money and resources to battle the flames.

Yosemite, about an hour’s drive from Mariposa County, is home to some of the largest and oldest sequoia trees in the world. The redwoods were threatened by another blaze earlier this month, but firefighters managed to save them.

Separately, in Idaho, two firefighters died after their helicopter crashed on Saturday while they were battling a blaze called the Moose Fire, in a rural area near the Montana border, according to the Lemhi County Sheriff’s Office.

Last year marked the worst wildfire season on record in California in terms of total acreage burned, with more than 4 million acres (1.6 million hectares) and over 10,000 homes and other structures destroyed.

At least 33 lives were lost. Over 10 million acres went up in flames across several Western states.