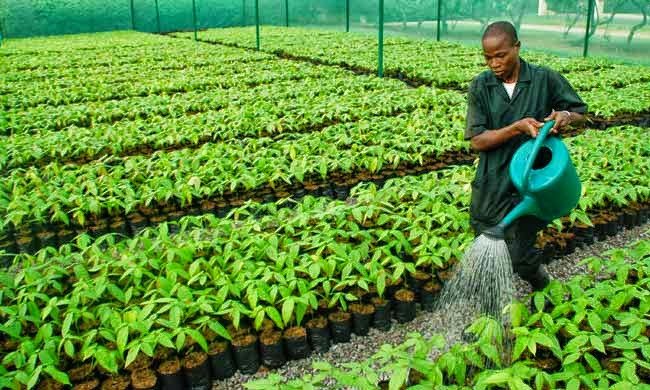 Jigawa Government, Thursday, said it had delineated more than 400,000 hectares of untapped farmland for allocation to prospective investors in agricultural production in the state.

Gov. Muhammad Badaru made this known at the inauguration of the tallest National flag erected at about 50.3 feet and a tour, by five governors, of the Malam ALU Integrated Agro Allied farm, in Birnin Kudu.

The Governors, who inspected the farm were, Badaru, Kayode Fayemi of Ekiti, Bello Masari of Katsina, Abdulrahman Abdurrazak of Kwara, Abdullahi Umar Ganduje of Kano, and Inuwa Yahaya of Gombe States.

Badaru explained that of the 400,000 hectares, 35,000 had already been allocated to some companies who are currently operating in various localities in the state.

The governor, therefore, called on prospective farmers to come forward and apply for the farmland for possible production of rice and other agricultural produce.

He appreciated the efforts of Hon. Faruku Adamu in establishing the Malam ALU Integrated Agro Allied farm in Birnin Kudu, citing it as a clear demonstration of patriotism and consistent with the President Muhammad Buhari’s National Agricultural Policy.

The governor said what they saw on the farm was the best scientific approach to achieving food security, poverty eradication and sustainable economic development in Nigeria.

Earlier, Aliyu, also the Chairman of the company, said the initiative was sequel to the call made by president Buhari on all Nigerians to return to the farm for the realization of food security in the country.