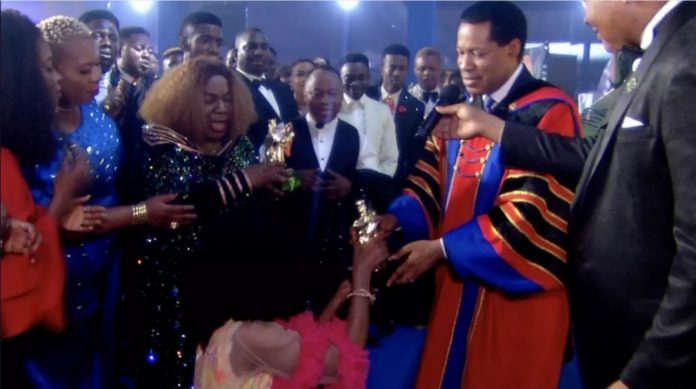 It was indeed a season of smashing of records and creation of new ones at the 2021 edition of LIMA Awards which held inside the prestigious Loveworld Camp Ground, Asese, South West Nigeria. At the end of the glorious event, over sixty-four new songs emerged as selected Best Songs of the Year 2021.

The event was hosted by the president of Loveworld Incorporated, Pastor Chris Oyakhilome who recognised the hardwork of singers and those who worked behind the scenes.

Since its inception, the LIMA Awards organised by Loveworld Incorporated, has become an event where stars who have distinguished themselves in music and arts are recognised while new stars are born.

In its usual form, several categories were mentioned as recipients came out excitedly to receive their awards, but one category had something done that had never been done before according to the man of God, Pastor Chris- the Best songs of the year category- a list of all songs selected as the best for the year. According to Pastor Chris, “the highest number ever had was 26”, first time ever the best songs of the year came to over 64 songs. These songs are original songs written and performed by the “Loveworld Singers” of the music arm of Loveworld Incorporated.

Pastor Chris said “records were shattered”, “God wants new songs” and it was difficult for the jury with the selection process.