Drivers will soon be able to stop worrying about flat tyres as airless prototypes become reality. 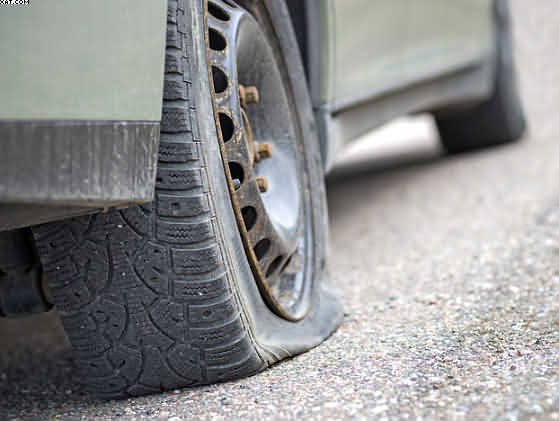 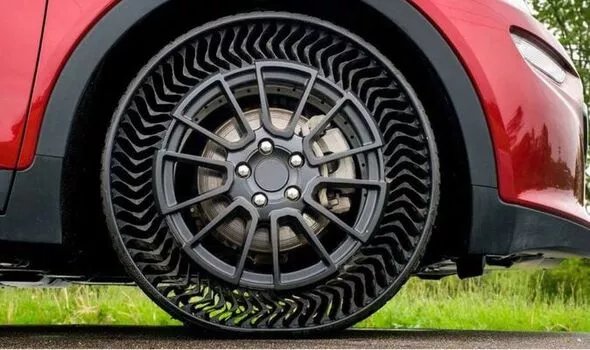 Major tyre manufacturers are busy testing fully airless wheels that could soon be in mass production, bringing an end to the issue of flat tyres and punctures for millions of drivers. US firm Goodyear is in Luxembourg using a tyre constructed from plastic spokes and reinforced rubber tread in place of traditional air-filled wheels with tread.

Michael Rachita, Goodyear’s senior program manager for non-pneumatic tyres, told newsmen: “There will be noise, and some vibration. We’re still learning how to soften the ride. But we think you’ll be surprised at the performance.”

With the proliferation of car sharing apps, a spike in food delivery and Uber, the need to keep vehicles on the road is more important than ever.

Mr Rachita said: “While air-filled tyres will always have their place, a mixture of solutions is needed.

“As we move into a world where autonomous vehicles are becoming more common and many cities are offering transport-as-a-service strategies, having a maintenance-free tyre is hugely important.”

Goodyear tests the new tyres for thousands of miles in different conditions and for 24 hours at a time.

While some of the spokes bend and break, the overall structure of the tyre remains.

“But we’re at a stage that’s given us a huge amount of confidence. This is the real deal.”

Rivals Michelin has also been working on airless tyres for the past three years.

There have been reports that the company’s ‘Unique Puncture-proof Tire System’ (Uptis) could be seen on a new Chevrolet Bolt electric car as early as 2024.

Uptis tyres are made of high-strength resin embedded with fibreglass and rubber to create a mesh structure wrapped around an aluminium wheel.