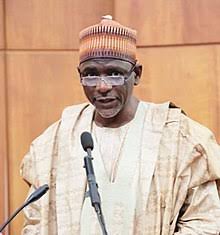 Speaking at the national Universal Basic Education Commission meeting in Benin City, Adamu, who was represented by Dr Folake Olatunji-David, said,  “With the launch of the EdoBEST scheme, primary school teaching and learning has now been digitized, with remarkable improvements in curriculum design and delivery. This silent revolution has massively reduced digital poverty among primary school children.”

Also, Executive Secretary UBEC, Dr Hamid Bobboyi, noted that the theme of the meeting titled,  ‘Enhancing Access, Equity and standards through technology-driven initiatives’, was in tribute to EdoBEST.

The Chairman of Edo SUBEB, Ozavize Salami, explained that EdoBEST was inaugurated by Governor Godwin Obaseki in 2018, adding that EdoBEST was the only subnational initiative that is part of the World Bank Accelerator Programme.

She said, “For any society to achieve holistic and resounding success in providing access, and improving the standards of basic education, the political will and support is the starting point. The resources needed for the utility of tech are substantial and require immense sacrifice by the political leadership and I am proud to say that this is our testimony in Edo State.”

The Chairman UBEC Governing Board, Prof. Adamu Usman, encouraged participants to take the EdoBEST techniques to their states.

During the four day programme, the Chairman of Lagos State Universal Basic Education Board, Wahab Alawiye-King, was elected as the Dean (Chairman) of the Forum of SUBEB Chairmen in Nigeria.

A statement by LASUBEB said his appointment was in recognition of his giant strides and various pacesetting innovations in basic education in Lagos State.