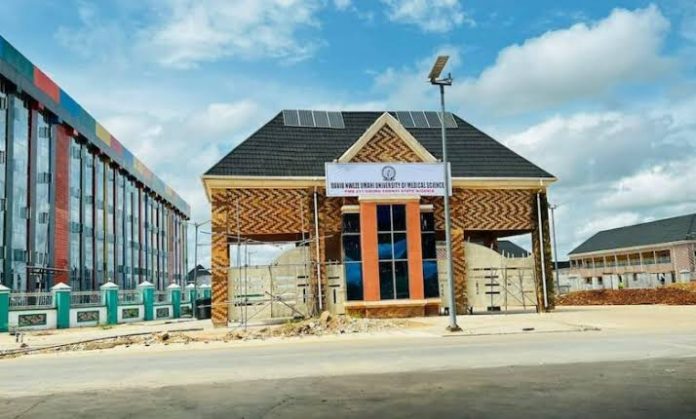 The Ebonyi State Commissioner for Trade and Investment, Chioma Nweze said the new King David Medical University in the state would be producing dialyzers to commence treatment for heart related diseases.

Nweze made the assertion in a statement she issued in Abakaliki the State Capital, adding that the Institution has brought investment opportunities for investors within and outside the state.

“One spectacular thing about the new University is the production of dialyzers for the treatment of heart related diseases.

“By the construction of the Medical School, Ebonyi State has become the only place for treatment of major ailments like cancer and heart diseases.

“Additionally, the state will now be the sole producer and supplier of the life-saving dialyzers which are very important for the treatment of heart ailments.

“This means that, any state or individual that wishes to venture into dialyzer production in the future would first have to pay into the coffers of the Ebonyi State Government.

“The Governor, David Umahi has wholly delivered the International Standard University on the soil of the Salt of the Nation,” Nweze stated.

She noted that the overall essential of the University to the economic development of the State could not be over emphasised.

“This is because the University at its peak is expected to realise enough turnover and to be able to sustain itself and amass bulk money for the continued transformation of the State”, she added.

It would be recalled that the Vice-Chancellor of the School, Professor Jesse Uneke had said that the National University Commission NUC had approved 17 programmes to kick-start academic activities.

According to Uneke, the school is targeting about 1, 500 students for a start and some of our programmes include Medicine and Surgery, Physiotherapy and Pharmacy.

Others are Public Health, Anatomy, Computer Science, Medical Laboratory among others.

“The school is targeting December for its first matriculation, though the admission into the school is still ongoing.

“The institution was given recognition in July 2021 by NUC and admission began in October,” the Vice-Chancellor explained.