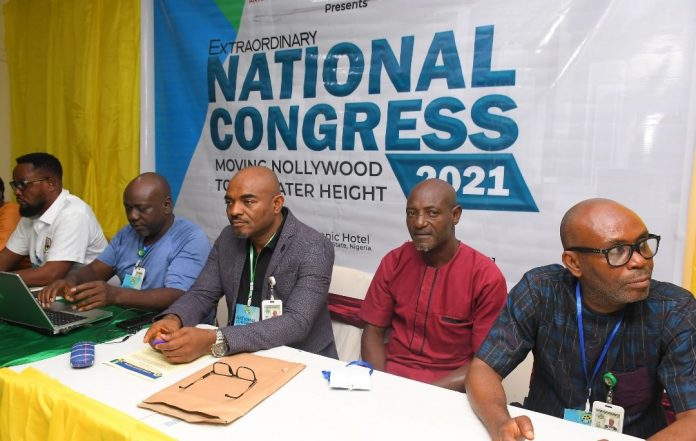 The Actors Guild of Nigeria is set to enforce holidays and no-shoot days for its members.

The guild, in a communique, issued at its annual congress held in Enugu, on Thursday, says the ‘holiday’ is geared towards improving the welfare of its members.

The AGN President, Emeka Rollas, who shared a copy of the communique with newsmen, said the directive will take effect in March 2022.

Rollas said Nigerian actors would observe compulsory holidays at least once a week to rest and replenish the lost energy.

He said, “Following a medical survey by the Guild, it was discovered that Nigerian actors work round the clock without any leave, holiday or rest day which results to many actors being overstressed and falling sick at the same time, therefore: Effective from 1st March, 2022, Actors shall observe “HOLIDAY” on every Sunday to rest and replenish the lost energy.”

Rollas said, Sundays or Fridays (as maybe appropriately applicable in the different zones) are to be observed as no-shoot days.

He added that every last Thursday of the month remains a half-day shoot for AGN state general meetings nationwide.