Since the start of the summer season in the Kingdom, the Al-Baha region has witnessed a large number of visitors and vacationers coming from various regions and governorates due to its cool weather and picturesque locations.

Al-Baha is one of Saudi Arabia’s top tourist destinations, and visitors from the GCC flock to the area to enjoy nature in a pleasant environment. 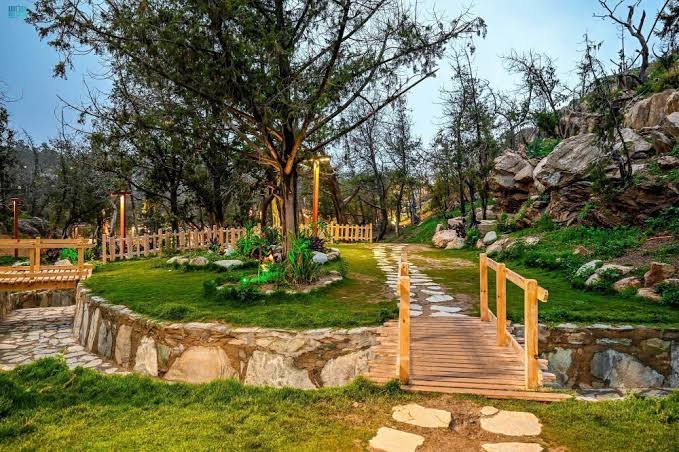 This summer, Al-Baha opened another prominent tourist site, its lavender garden, which is located in the middle of Raghadan Forest Park.

Mayor of the region, Dr. Ali Al-Suwat, said that the lavender garden and the central area of the Raghadan Forest were located on an area of more than 20,000 sq. m.

The 500-meter walkway linking the two areas is covered with natural stone and one can see waterfalls while walking down a path illuminated by 270 decorative lighting poles, as well as flowerbeds, sitting areas, wooden crossings and kiosks.

Al-Suwat said that parks and gardens have been added this year in the Al-Baha region on an area exceeding 400,000 sq. m.

Al-Suwat said that the region’s municipality aims to raise the per capita share of green land areas as the Al-Baha region is among eight tourist destinations covered by the Kingdom’s Vision 2030, and receives large numbers of visitors and vacationers annually.