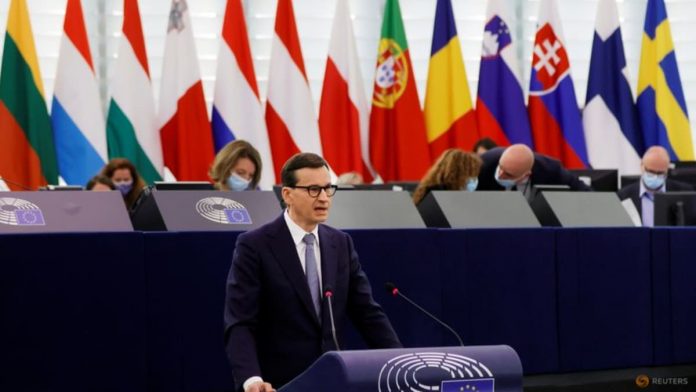 The European Commission’s chief executive warned Poland on Tuesday that its challenge to the supremacy of European Union law called into question the very foundations of the 27-nation bloc and could not go unpunished.

Poland’s Constitutional Tribunal ruled last week that parts of EU law are incompatible with the Polish constitution, undermining the legal pillar on which the union stands and raising fears that Poland could eventually leave the bloc.

Poland’s ruling nationalist Law and Justice party says it has no plans for a “Polexit” and – unlike Britain before its Brexit referendum in 2016 – popular support for membership of the EU remains high in Poland.

Nevertheless, other member states have been dismayed by Warsaw’s defiance of the EU, including Prime Minister Mateusz Morawiecki’s complaint in a letter on Monday of mission creep that he warned would lead to a “centrally managed organism, governed by institutions deprived of democratic control”.

Speaking ahead of Morawiecki in a debate on the row in the EU’s parliament in Strasbourg on Tuesday, European Commission President Ursula von der Leyen laid out three options for a response to the Polish court’s attack on the primacy of EU law.

She said a first option is so-called infringements, where the European Commission legally challenges the Polish court’s judgment, which could lead to fines.

Another option is a conditionality mechanism and other financial tools whereby funds from the EU’s budget and its post-pandemic recovery fund would be withheld from Poland.