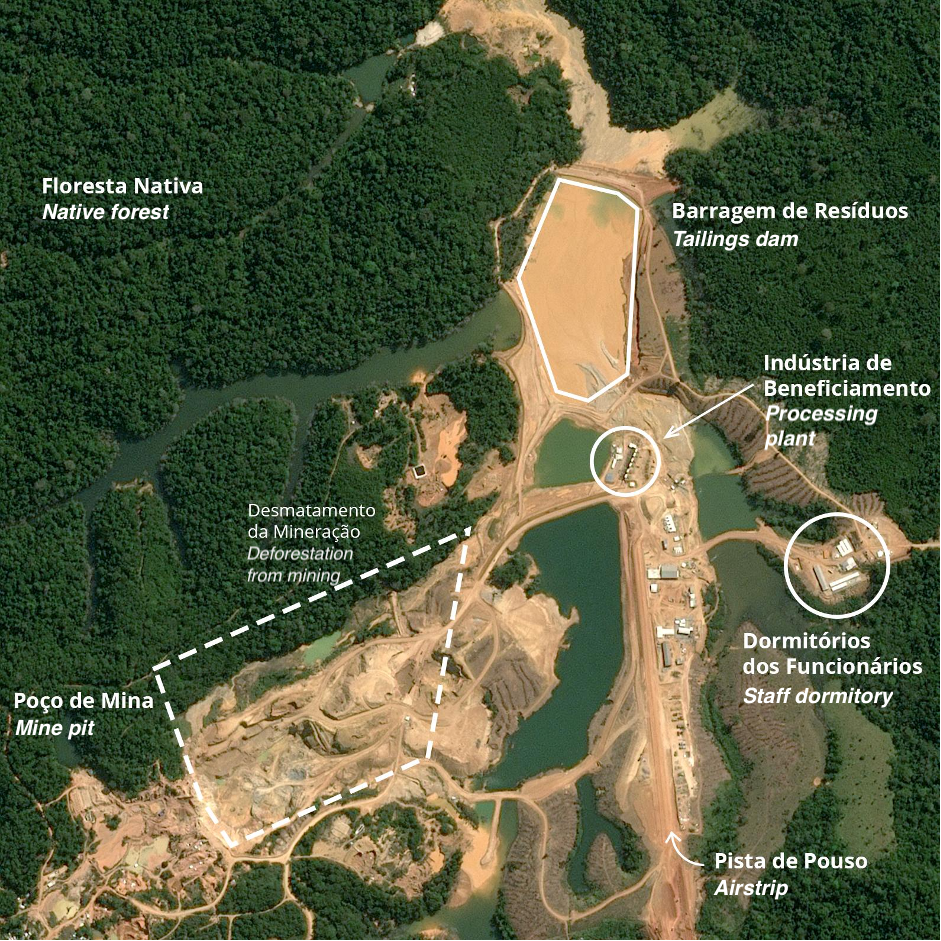 A gold mine hidden in the middle of the Brazilian Amazon generated nearly $200 million in revenue in just over a year for Gana Gold Mineração, according to Brazil’s National Mining Agency (ANM).

In addition to the unusually high earnings, Gana Gold is also suspect for extracting 32 times more gold than their projected estimates.

Now under investigation by the Federal Police, Gana Gold is only able to operate because the municipality of Itaituba where it is located overruled state and federal legislation to license it — and because the ANM turned a blind eye to its operations.

The case is an example of the discord between the institutions that should be protecting the Amazon, the permissiveness of governments focused on facilitating mining in the region, and the success of lobbies in Brasilia on the part of federal senators and congressmen in the Bolsonaro administration.

A six-month investigation of Gana Gold as it hit its first billion led to the company’s mine in the Amazon.

A leader in gold extraction in Brazil’s northern region, Gana Gold is responsible for 18% of all gold mined in the state of Pará, according to the company’s website.

Its high level of productivity stands out simply because the operation was slated to extract only 96.53 kilograms of gold, according to information provided by Gana Gold to the sector’s regulating agency.

By the company’s own reckoning, its operations should be producing annual revenues of around R$ 30 million ($6 million) if operating within licensing limits.

But the company has declared income of over R$ 1 billion ($200 million) since 2020. In the first eight months of 2021, it surpassed the estimates provided to the regulating agency for the year by 32 times.

The level of productivity is uncommon: if accurate, it would rank the Gana Gold mine above the planet’s most profitable operations.

The average grade (the geological measure of the number of grams of ore per ton of raw material extracted from the earth) would be much higher than those found at neighboring mines.

Gana Gold declined a request to be interviewed.

Canadian City To Use AI For Renewable Energy Optimisation