How It Is Celebrated – Christmas in Argentina

In Argentina the weather is warm at Christmas. Preparations for Christmas begin very early in December and even in November.

Many people in Argentina are Catholic and they also celebrate Advent.

House are beautifully decorated with lights and wreaths of green, gold, red and white flowers. Red and white garlands are hung on the doors of houses.

Christmas Trees are also very popular and they are often decorated by 8th December.

Some people like to put cotton balls on the Christmas Tree to represent snow! Artificial trees are far more common that real ones in Argentina. They can also come in different colors other than green, like white or blue!

The Nativity scene or ‘pesebre’ is also an important Christmas decoration in Argentina. The pesebre is put near to the Christmas tree.

Christmas Cards aren’t common in Argentina and although some people give and receive presents, it’s normally only between close family and friends.

The main Christmas celebrations take place on Christmas Eve. Many Catholics will go to a Mass in the late afternoon.

The main meal Christmas is eaten during the evening of Christmas Eve, often about 10pm or 11pm. It might be served in the garden or be a barbecue! Some popular dishes include roasted turkey, roasted pork (in northern Argentina, some people will have goat), ‘vitel toné’ (slices of veal served with a creamy anchovy and tuna sauce), stuffed tomatoes, salads and lots of different sandwiches like ‘pan de atun’ (special tuna sandwiches), ‘sandwiches de miga’ (sandwiches made of thin white bread without the crusts – they can be single, double or multi-layered!) and ‘torre de panqueques’ (a sandwich ‘cake’ made from several layers of tortillas with different fillings). 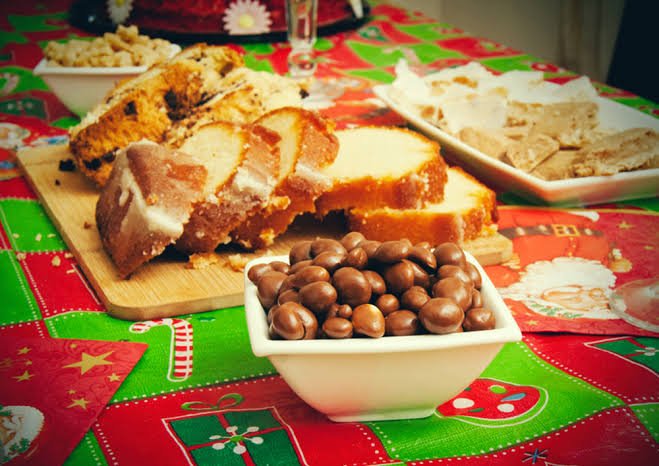 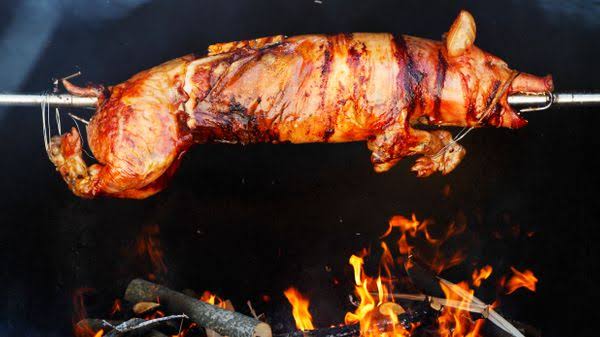 Dessert can be Christmas bread and puddings like ‘Pan Dulce’ and Panetone as well as fruit salad, ice cream and different sorts of pies. There will also be sweets like chocolate raisins, sugar-coated peanuts or almonds, ‘mantecol’ (a semi-soft nougat made from peanut butter) and different kinds of ‘turron’ (hard nougat).

At midnight there will be the sound of lots of fireworks. People also like to ‘toast’ the start of Christmas day. Some people like to go to midnight services, but other prefer to stay at home and let off fireworks and then open their presents under the tree. More poeple are also going to over night parties and nightclubs as well now.

Another Christmas Eve night tradition are ‘globos’, paper decorations with a light inside that float into the sky (like Chinese Lanterns). The sky is filled with them on Christmas Eve after midnight.

Some people stay awake all the night chatting and seeing friends and family and then spend lots of Christmas Day sleeping. Some people may go to mass again in the morning or late afternoon on Christmas Day and there will be lots of yummy leftovers to eat!

In Argentina the main language spoken is Spanish (still called castellano by Argentines), so Happy/Merry Christmas is ‘Feliz Navidad’.