Home Special Features How It Is Celebrated – Christmas In Armenia 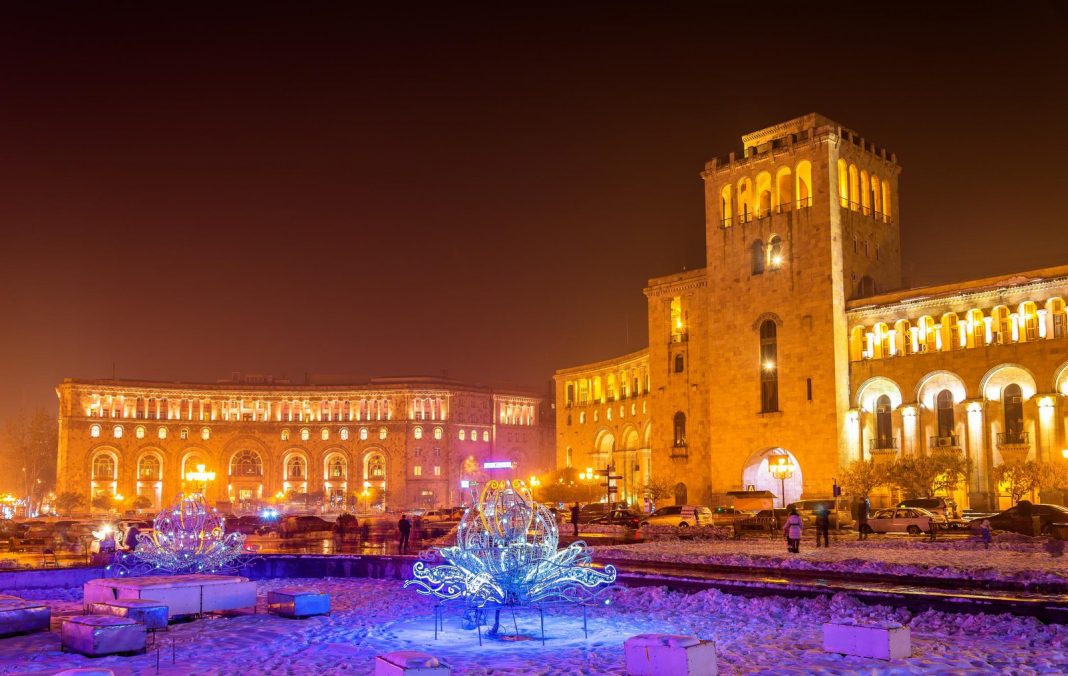 The Armenian Apostolic Church celebrates Christmas on January 6th. On this day it also celebrates the Epiphany (which means the revelation that Jesus was God’s son).

Epiphany is now mainly the time Churches remember the Visit of the of Wise Men to Jesus; but some Churches, like the Armenian Apostolic Church, also celebrate the Baptism of Jesus (when he started his adult ministry) on Epiphany.

Some Armenians fast (don’t eat anything) in the week before Christmas. The Christmas Eve meal is called khetum ‘Խթում’. It often includes dishes such as rice, fish, nevik ‘նուիկ’ (green chard and chick peas) and yogurt/wheat soup called tanabur ‘թանապուր’.

Desserts include dried fruits and nuts, rojik (whole shelled walnuts threaded on a string and encased in grape jelly), bastukh (a paper-like dessert made of grape jelly, cornstarch and flour).

This lighter menu is designed to ease the stomach off the week-long fast and prepare it for the larger Christmas Day dinner. Children take presents of fruits, nuts, and other candies to older relatives.

In Armenia, Santa Claus can be known as Gaghant Baba / Kaghand Papa (a traditional figure who’s associated with the New Year) or Dzmer Pap[ik] / Ձմեռ Պապ (which translates as ‘Winter Father/Grandfather’ and is the Armenian version of Ded Moroz).

He traditionally comes on New Year’s Eve (December 31st) because Christmas Day itself is thought of as more of a religious holiday in Armenia.